The hematomas formed due to the repositioning of the chorionic membranes vary in size. However, they are mostly found in very small sizes. Women suffering from larger hematomas experience heavier bleeding.

Subchorionic hematomas cause vaginal bleeding during pregnancy. The exact reason is however not known. This is often called “spotting.”

About 20% of women suffer from spotting in the first 12 weeks of pregnancy. It can also occur at a later stage of pregnancy. The most common period of occurrence is the first trimester.

Reasons for spotting are:

If spots of blood come out of the vagina, it should be reported immediately to the doctor. Symptoms of spotting sometimes vary.

If the vaginal bleeding is accompanied by extreme abdominal pain or dizziness, it requires immediate medical attention.

Severity of Is Subchorionic Bleeding

Sub-chorionic hematomas are not always harmful in the long run. The medical consultant has a better idea about the severity of sub-chorionic hematoma after ultrasound tests. Smaller hematomas usually have better outcomes than the larger versions where more problems are present. As per one of the publications of the American Journal of Roentgenology, 7% of hematoma cases led to miscarriage. Immediate diagnosis, however, can bring a varied result.

If the vaginal bleeding is ascertained as subchorionic, immediate treatment helps in reducing chances of miscarriage. If a woman experiences heavy bleeding due to large hematomas she will be given the following medical advice:

Following Up With The Physician

Subchorionic bleeding is one of the major signs of hematoma. Hematos are common in pregnancies and are considered normal. This does not threaten the pregnancy as such. Proper treatment and continuous monitoring nurture the baby carefully inside the womb. In most such cases, the pregnancy is full-term and a healthy baby is delivered.

Subchorionic bleeding does not usually mean a threat to the child like other vaginal bleedings, but it should be immediately followed up by the doctor. Any sort of spotting or bleeding has to be reported to the doctor. Ultrasound examinations determine the stage of the hematoma. It resolves the medical procedures and assures the good health of the baby.

Subchorionic hematomas are difficult to determined at times, as the symptoms are not always noticeable. Small hematomas are even harder to determine. Spotting or bleeding are common signs usually experienced by women in their first trimester. Subchorionic bleedings are ascertained by regular routine ultrasound. It determines the noticeable signs or symptoms of bleeding and confirms the complications.

In most cases, subchorionic hematomas get naturally solved. In rare cases, the placenta gets detached from the uterine wall. This increases the chances of preterm labor or even miscarriage at a certain point. This is why it is immensely important to get in touch with the doctor without any delay in case you experience any vaginal bleeding during pregnancy.

If the subchorionic hemorrhage is small, it will never affect the pregnancy, but the bleeding that might frighten the mother. Larger blood clots often lead to certain complications like the restriction of the fetus’s growth inside the womb, or preterm labor and even miscarriage. These complications can be restricted if a diagnosis is made in the first trimester. Small size subchorionic haemorrhages does not affect the pregnancy. It only results in occasional bleeding that can be controlled by proper medication. Although it frightens the mother, there is not much of a threat present in the small size of subchorionic haemorrhages.

Doctors usually do not inject immediate medication during pregnancy. They wait for the complications to be naturally healed first and keep the patient under observation. The mother is asked to take care of herself during this period. Her fibre and water intake should be increased during this period to avoid constipation. She is also instructed to be on bed rest most of the time, in order not increase the heart beat. Physical exercise and lifting of heavy objects is strictly forbidden during this time.

The blood clots mostly resolves in the first trimester or early in the second trimester. Careful monitoring and regular ultrasound tests keep the syndrome under control. On rare occasions, blood thinners are given to deal with the severity of this syndrome. Abdominal pain, stomach cramping or vaginal bleeding of any sort need to be reported to the doctor before it gets worst.

Immediate reporting to the doctor is essential in case of any sort of vaginal bleeding during pregnancy. This symptom should never be taken for granted. Even in case of minor spotting, the matter needs to be reported to the consulting doctor. Proper care and rest are the most common advice to women suffering from a hematoma. This is the time when she is strictly told to remain in bed. Proper medication along with rest helps the recovery. 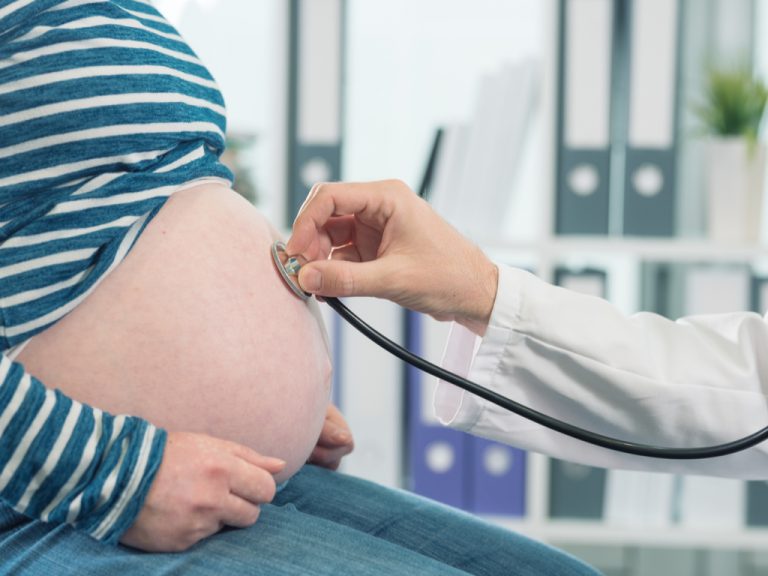