What are the first Symptoms of Ovarian Cancer?

Ovarian cancer starts in the ovaries. Unfortunately, very often, it is not diagnosed until it spreads in the pelvis or abdomen. Only 20% of the ovarian cancers are diagnosed on the early stages. Similarly to any other types of cancer, ovarian cancer is more difficult to treat on the later stage and late identification often becomes the reason of the fatal consequences. When diagnosed on time, mot of the patients will live for longer than 5 years.
On the earlier stages, when the cancer cells have not yet spread away from the ovaries, there is a good chance to treat it successfully. It is important to be familiar with the symptoms, especially the early ones. Otherwise, cancer can be rapidly spread to the nearby organs.
When noticing any of the early symptoms of the ovarian cancer it is essential to consider testing as soon as possible. Having any of them does not necessarily mean that the patient has the ovarian cancer. The symptoms are characteristic to other less serious illnesses too. However, it is always a good idea to complete the testing and have the worse case scenario excluded.
Early symptoms of the ovarian cancer include :
● Pain in lower abdomen, pelvis, lower part of the body, in the back
● Feeling abnormally full when/after eating, difficulty eating
● Frequent urination
● Painful intercourse
● Abdominal bloating, pressure
If any of the symptoms last longer that a few weeks the doctor should be contacted immediately.
With the progression, the symptoms include:
● Loss of appetite and weight
● Nausea
● Difficulty breathing
● Fatigue
● Irregular periods
Who should be more conscious?
Even though the exact cause of the ovarian cancer is unknown, there are certain risk factors that have been proven to increase the chances of developing it. Some women are at a higher risk than others and need to be more conscious about the symptoms.
● Cancer can be genetical. Family history of ovarian or breast cancer can put woman at a higher risk of developing ovarian cancer. In this case it is recommended to perform the genetic screening and test for the genes that increase the risk of developing it. Some women will express the desire to remove ovaries and fallopian tube even before the cancer is spotted. This kind of surgery is called risk-reducing or prophylactic.
● Ovarian cancer is more common after the menopause and is very rare in the females until the age of 40.
● Hormone replacement therapy after the menopause can increase the risk of the ovarian cancer.
● Carrying more than one full term pregnancies lowers the risk.
● Women with endometriosis should be more careful as is is thought that patients with endometriosis have about a 30% higher chance of developing the ovarian cancer.
● Having a body mass index of overweight or obese is also connected to the increased risk of having the ovarian cancer.
● Using the oral contraceptives, especially consuming them in long-term can significantly decrease the risk of ovarian cancer. 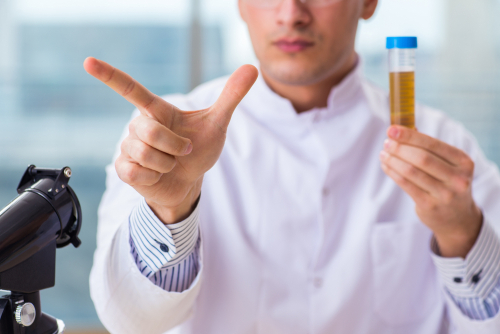